Ethereum Classic -ETC is legacy digital asset. It’s ranked #25 in our digital asset coin set. This coin is very stable, but we believe that it has the potential to appreciate in value over the next three years because the Ethereum network continues to need more and more capacity to process transactions and the near term conversion to Proof-Of-Stake- PoS this Summer.  The overflow in demand will naturally flow to the Ethereum Classic blockchain.  Please not that market price of this coin is subject to change before and after we make your purchase due to the daily trading volatility of crypto assets in the markets.  The actual amount of the coin that we purchase for your account may be slightly less or more than the quoted coin price at the time of your purchase.

We are acting as asset managers of this purchase.  We provide a safe alternative to online wallet storage, security and identification issues. Your coin purchase is held in a UCS wallet and may be downloaded to a hard wallet of your choice at your request.

This asset purchase is will  automatically become part of an/your annual subscription (when activated) and also comes with certain membership benefits such as price alerts, daily chat-line, monthly newsletter and updates on industry changes.
Ethereum Classic and all crypto assets are highly volatile and extremely risky. You can lose all of your money in this type of asset. Do conduct your own due diligence and consult your financial advisor before making any investment decisions.

What is Ethereum Classic?

Ethereum Classic (ETC) is a hard fork of Ethereum (ETH) that launched in July 2016. Its main function is as a smart contract network,

with the ability to host and support decentralized applications (DApps). Its native token is ETC. Since its launch, Ethereum Classic has sought to differentiate itself from Ethereum, with the two networks’ technical roadmap diverging further and further from each other with time. Ethereum Classic first set out to preserve the integrity of the existing Ethereum blockchain after a major hacking event led to the theft of 3.6 million ETH.

Who Are the Founders of Ethereum Classic?

Ethereum Classic is in fact the legacy chain of Ethereum, and its true creators are therefore the original Ethereum developers — Vitalik Buterin and Gavin Wood. A contentious hard fork on Ethereum occurred in July 2016, when participants disagreed over whether to revert the blockchain to cancel out the effects of a major hack. This impacted The DAO, a decentralized autonomous organization (DAO) which had raised approximately $150 million in an initial coin offering (ICO) several months earlier. Ethereum Classic came into being as the network which did not revert the chain. Developers state that there is no “official” team attached to the project, and that its “global development community is a permissionless ‘do-ocracy,’ where anyone can participate.”

What Makes Ethereum Classic Unique?
Ethereum Classic’s main aim is to preserve the Ethereum blockchain as it originally was, without artificially countering the DAO hack.
Its appeal was first to those who disagreed with Ethereum’s response, but the legacy network has since gained a wider fan base, which include major investors such as Barry Silbert, CEO of investment firm Grayscale. As a voluntary organization, the developers of ETC do not aim to turn the network into a for-profit entity. Users pay transaction fees as with Ethereum, and miners collect them based on work done as per the proof-of-work (PoW) mining algorithm. 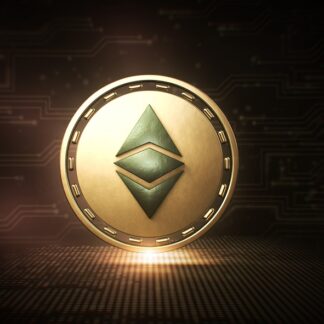