Bitcoin Cash- BCH is our daily digital asset buy of the day. It’s ranked #6 in our digital asset coin set. This coin is very stable, but we believe that it has the potential to appreciate in value over the next three years because as the parent Bitcoin network continues to need more and more capacity to process transactions, the overflow will naturally flow to the Bitcoin Cash blockchain.  Please not that market price of this coin is subject to change before and after we make your purchase due to the daily trading volatility of crypto assets in the markets.  The actual amount of the coin that we purchase for your account may be slightly less or more than the quoted coin price at the time of your purchase.

What is Bitcoin Cash?

Bitcoin Cash is a peer-to-peer electronic cash system that aims to become sound global money with fast payments, micro fees, privacy, and high transaction capacity (big blocks). In the same way that physical money, such as a dollar bill, is handed directly to the person being paid, Bitcoin Cash payments are sent directly from one person to another.

What is Bitcoin Cash used for?

Bitcoin Cash combines gold-like scarcity with the spendable nature of cash. With a limited total supply of 21 million coins, Bitcoin Cash is provably scarce and, like physical cash, can be easily spent. Transactions are fast with transaction fees typically less than a tenth of a cent. Anybody can accept Bitcoin Cash payments with a smartphone or computer.

Bitcoin Cash has various use cases. In addition to peer-to-peer payments between individuals, Bitcoin Cash can be used to pay participating merchants for goods and services in-store and online. Very low fees enable new micro-transaction economies, such as tipping content creators and rewarding app users a few cents. Bitcoin Cash also reduces the fees and settlement times for remittances and cross-border trade. Other use cases include tokens, simplified smart contracts, and private payments with tools such as CashShuffle and CashFusion.

Is Bitcoin Cash different from Bitcoin?

In 2017, the Bitcoin project and its community split in two over concerns about Bitcoin’s scalability. The result was a hark fork which created Bitcoin Cash, a new cryptocurrency considered by supporters to be the legitimate continuation of the Bitcoin project as peer-to-peer electronic cash. All Bitcoin holders at the time of the fork (block 478,558) automatically became owners of Bitcoin Cash.

Unlike Bitcoin BTC, Bitcoin Cash aims to scale so it can meet the demands of a global payment system. At the time of the split, the Bitcoin Cash block size was increased from 1MB to 8MB. An increased block size means Bitcoin Cash can now handle significantly more transactions per second (TPS) while keeping fees extremely low, solving the issues of payment delays and high fees experienced by some users on the Bitcoin BTC network. 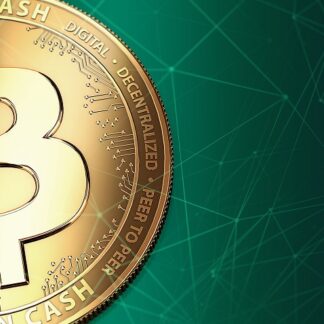